Michelle Bunting made contact with the consciousness known as Seth in 2018 through a series of “consciousness expansion” journeys that she had while initially engaging in past life regression sessions   It was during one of her regression experiences that she was first catapulted into an experience of the Universal Consciousness, then the “I Am” presence, and then, in a later journey, was introduced to Seth by the “I Am” presence.  It was during the initial “I Am Experience” that she was touched by Source (God) and was able to channel information thereafter.

Michelle will channel the wisdom and energy of the entity known as Seth, originally channeled by Jane Roberts in the mid sixties in Elmira, NY.  Seth channeled many books through Ms. Roberts and his influence in the global New Age community has been enormous.  He was especially influential on Esther Hicks whose work as a spiritual channeler and the creator of the Abraham material is internationally known for its study of the “Law of Attraction”, a universal principle that was initially presented in the Seth material. Seth is apparently back to help clarify the original information that he presented through Jane Roberts and to also help us go “Beyond Abraham” into the next stage of understanding humanity’s awakening and ascension process.

The event format is very similar to a regular channeling event in that a short introduction is made about Michelle, followed by Michelle going into trance and allowing for Seth to make an initial greeting statement and message.  Then there is a question and answer session in which members of the audience get to ask a personal question to Seth directly.   For those of you who have read either the Seth material or the Abraham material, this event should prove to be a fascinating journey and a chance for you to receive guidance about your personal concerns from a deep and respected source of knowledge. 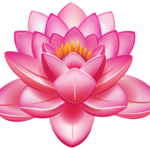 Click on the link below to register for this online event. 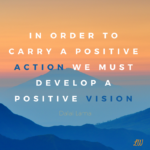 Amy Bortner-Gialuco, Director of the New Hope Metaphysical Society and the Members of the NHMS Board, Gary Schoenberg, John Gialuco, Chas Billera and Scott Allard, conducted a “spirit chat” which was a one and a half hour long conversation concerning the general subject of “politics and spirituality”.

The purpose of this conversation was to address certain questions, concerns and fears that have arisen since the presidential election from spiritual point of view,  connecting to the collective consciousness from a Higher Self  and I AM Presence perspective to give a more broader, in depth and hopefully positive perspective about our current political situation.

The conversation began by  posing certain questions to the group and to the audience at large to consider for themselves. The first question that began the conversation was – “In light of the current political climate, is there an underlying spiritual purpose for the “State of the Union” as it is today? Are there lessons to be learned? Does all this political chaos and upheaval point to a time of change and ultimately great transformation or to a time of greater doom and destruction?”

Click on the video below and enjoy the show!

The New Hope Metaphysical Society and its programming can  only exist through the support and membership of those who believe in its purpose and vision.  We gladly accept your love donations to help us continue the good work and more special events for the coming year!

Thank you in advance for your support! 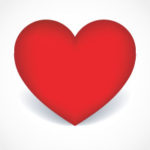