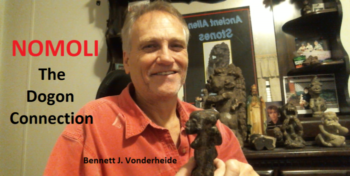 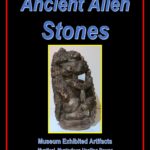 Nomoli stones are ancient stone figurines  used by many tribes in West Africa for sacred ceremony and healing for thousands of years.  These stones are truly  mysterious and  a hidden treasure whose origins are still unknown but are presently being re-examined by ancient artifact collector, Ben Vonderheide.

Ben Vonderheide, is a local Pennsylvania businessman and entrepreneur who has recently  acquired the Nomoli stones, through a friend with contacts deep in the jungles of West Africa. His research into their origin and purpose has led him to produce an expedition into the jungles of W. Africa to find more stones as well as to interview local native shamans and medicine men about their contemporary usage. Through private expeditions, research, documentation and experimentation, Ben has discovered many answers that explain  their mysterious origin and function and  has been able to address many issues that the early explorers and scientists have not been able to satisfy. i.e

How old are they? Who carved them and why? What were they created for and how were they used in ancient sacred rituals? Do they still contain ancient mystical powers? Why were they originally buried deep in the ground? Do these figurines represent Gods and goddesses from an ancient culture?

Ben will be giving the public at large, an opportunity to hear about his research on the Nomoli stones and to actually feel their healing power through a program he will be giving at the May meeting of the New Hope Metaphysical Society.

There, he will offer a three part program in which he will first explain the way in which he researched the stones and the results of his research, answering many of his original questions plus addressing concerns about how this new information will impact ancient alien/ancient civilization theories as well as alternative medicine and science. Then he will have everyone engage in a mini healing session with one of the stones and then will conclude the evening with a group meditation with one of the general healing stones. Included in his lecture will be a display of the stones taken from his private museum collection, which will be available for sale and information about his future tv show he is planning for development – “The Nomoli Hunters”.

Admission to this program is $15 online and $20 at the door. Off street parking is available.

Ben Vonderheide, is a local Pennsylvania businessman, entrepreneur and ancient artifact collector who has recently discovered and acquired ancient stone figurines, the Nomoli stones, through a friend with contacts deep in the jungles of West Africa. His research into their origin and purpose has led him to produce an expedition into the jungles of W. Africa to find more stones as well as to interview local native shamans and medicine men about their contemporary usage.  Friends with several men who are explorers and soldiers, he has taken great chances with them to find these stones in West Africa, battling child soldiers, mercenaries and government agencies who, for various reasons, do not want these stones to become common knowledge. As a result of his expedition, he has been contacted by a prominent television show who has recently taped a session with him where he reveals some of the history and purpose of these stones.  “Nomoli Ben” is also in production with his own tv show called “The Nomoli Hunters”.  He lives in Lancaster, Pa and can be reached at 717-872-4018.  For more information about his upcoming tv show or future research, go to his [email protected] AncientAlienStones.com

Program Survey- We Appreciate Your Opinion!

Subscribe to Our Newsletter to Find the Latest News and Updates

Become A Member to Participate with all Our Events and Services 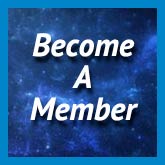